There's one thing Ottoneu players have to keep in mind as they prepare to compete in 2020: depth. Here's why. 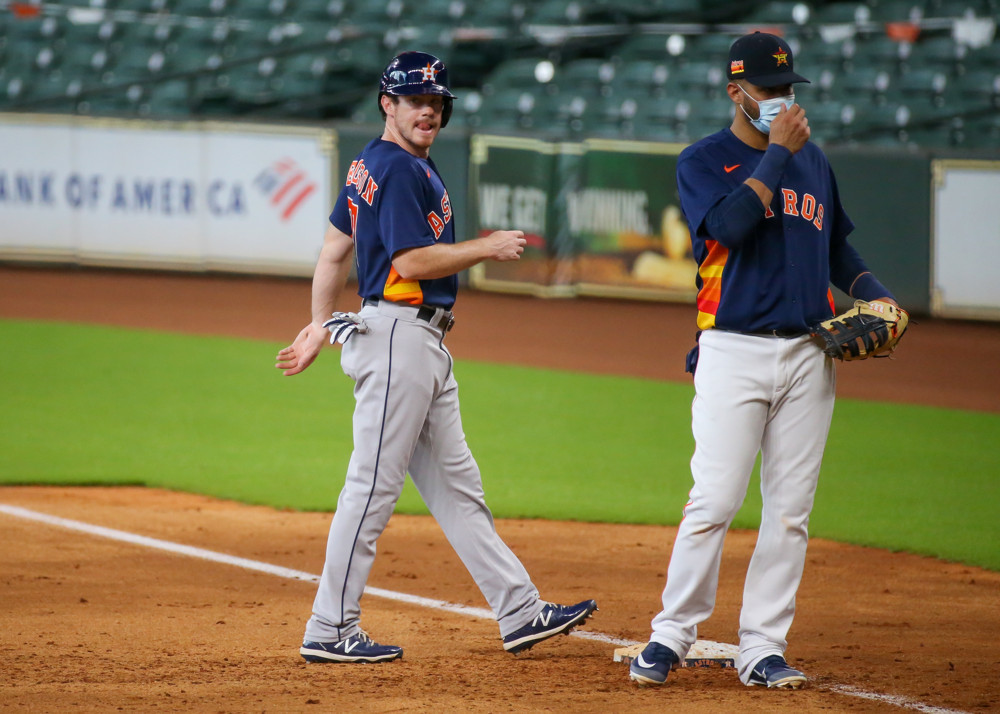 If the season plays out as planned, teams will play 60 games in 66 days. That's one day off for every 10 days of work. Plus, many of those days include travel. It's an aggressive schedule which is why managers may want to get their players extra rest.

Further exacerbating the issue, is that rosters will be expanded for basically the first half of the season (30 players for the first two weeks, 28 for the next two). All the more reason for managers to rest their players.

Add to that, the Angels and Mariners have said they'll employ a six-man starting rotation and the Braves say they're going to limit their starters to two-four innings their first few turns in the rotation. Expect other teams to follow suit.

AND aNd AnD, don't forget the Injured List. Sure they've opted to keep it at just 10 days, but if a player lands on the IL, that means they're out for a minimum of 1/6 of the season. Also, several players have already opted out of playing this season while many others have landed on the IL after testing positive for COVID-19. With teams moving between cities and states, more positive tests have to be expected.

All of this threatens to chip away at the most important factor in competing for a championship: hitting your games played and innings pitched caps.

So what can we do as Ottoneu players

In my leagues I've been seeing a number of owners lean in even harder on the stars and scrubs strategy and I think that's a mistake. If one of those "stars" gets injured or contracts COVID your risk of washing out jumps up significantly with such a shortened season.

Use your entire roster for MLB players

Normally I suggest keeping a few roster spots open, but in this situation Ottoneu owners need all of the players actually accumulating stats that they can get their hands on. If you're earnestly trying to win this season, use all 40 of your roster spots. If a player tests positive for COVID, you get an additional roster spot -- use it. Additionally, I generally don't hold prospects, but I think it's even more important here to dump prospects in favor of MLB players actually accumulating stats. If you're holding one of the coveted top prospects, but are genuinely trying to win this season, I would look to trade them.

In category leagues, focus on hitting and strikeouts

This isn't an uncommon strategy in a full season of baseball and I think it makes the most sense in this unique season. Expanded rosters, 6-man rotations and short starts will all amplify the randomness of wins and saves. Meanwhile, the smaller sample sizes overall will have rate stats on the fritz. I would be focusing on adding high K% pitchers while shoring up a balanced offense.

In points leagues, focus on relievers and hitting

It's simple, relievers offer more points per innings pitched. There are a limited number of innings therefore you need to make the most of the innings you get. If I were trying to win this season I would be rostering at least 8 relievers and be monitoring each pitcher's situation every day to make sure I'm optimizing my five RP spots with pitchers who are likely to pitch.

Dare I suggest you roster Chris Davis? Look, in order to win an Ottoneu league in a normal season, you need a whole lot of luck. To win this season, you'll need even more. Those last two roster spots I normally suggest you leave open, I think you should instead take a bet on players you think have massive upside. You have to leverage short sample size

Ultimately the decision to try to compete this season is up to you. If you’re leaning that way, which is understandable considering how much some Ottoneu leagues cost, I hope this helped you strategize going forward. Good luck!