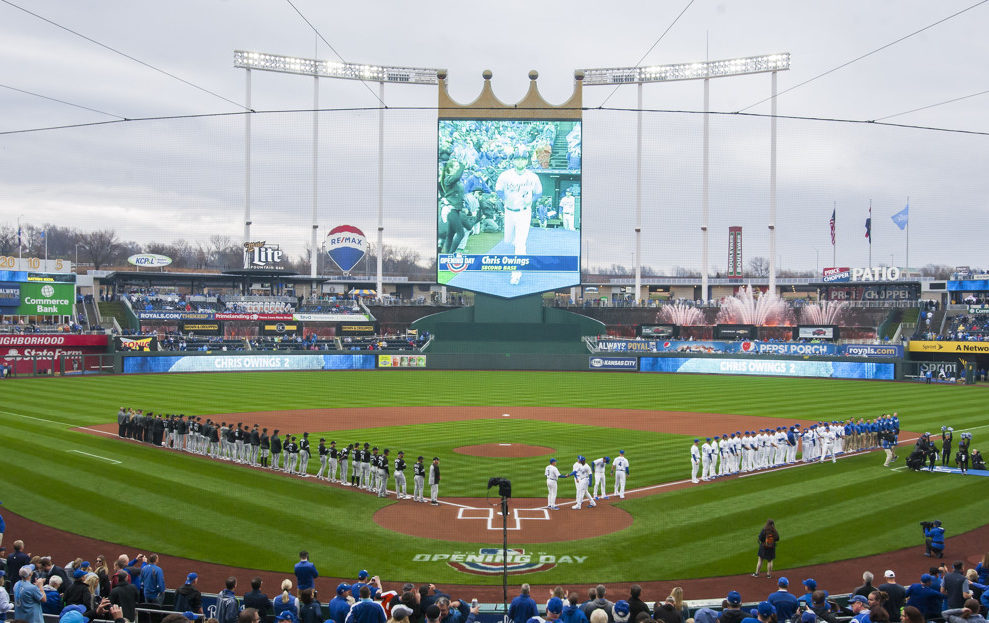 And we’re back! I realize it’s been a minute, our apologies. We’ve had things to be and places to do, but it’s time, once again, to talk Ottoneu. If you’ve been following along you know this is a series of quick and easy guides to help you get a leg up without too much of your own legwork. Today, I’m talking daily lineup management. Basically, I want to answer a very simple question: how do you decide who will start or sit everyday?

Let’s begin with a scenario. It’s late Saturday morning, you’ve slept in after a Friday night of trying to forget your miserable 9-to-5. You wake up, grab a purple Powerade and some pork rinds, fueling up before you strap in to your riding lawn mower, when you realize the day’s first game starts in 10 minutes. What do you do?

In this scenario, my main focus is avoiding bad matchups. For hitters that generally means benching lefty batters versus left-handed starting pitchers. Here’s why:

As you can see, last season lefty hitters batting against lefty pitchers were nearly 20% worse than league average. After removing all lefty-lefty matchups from my lineup, I’ll then try to fill as many active slots as I can with opposite handed matchups. Finally, filling out my starting roster with righty-righty matchups.

As for pitching, in this situation, you’ll have to depend on your knowledge of Major League Baseball lineups and stadiums in deciding to start or bench a starting pitcher. Earlier in the season, I play more conservatively, starting only those pitcher I’m truly confident in. A big part of winning is maxing out your games played (for hitters) and innings pitched (for pitchers) maximums, but it’s much easier to make up innings pitched later in the season than it is games played therefore I try to maximize the quality of those innings.

That also includes keeping my relievers in the lineup at all times. If you’re in a roto league, not only are they your only source of saves, last year they also struck out more batters and had a better ERA than starting pitchers. In points leagues, good relievers (~7.25+ P/IP) typically produce 50+ percent more points per innings pitched than good starters (4.25+ P/IP).

Now, maybe you’re one of those people who’s all about optimizing your life. You woke up early, had your morning hydration concoction, did your 7 minute workout, took your cold shower and did your Wim Hof breathing and now you’ve got some time on your hands. I can’t wait for you to tell me how waking up at 4:30 every morning has changed your life over brunch. Until then you’ve got some time on your hands. If that’s the case, I’d suggest getting to know your team more deeply. Use your hitters’ Fangraphs pages to research their righty-lefty splits to figure out which matchups you want to avoid and exploit and save them wherever you keep notes for easy reference. I would also take a look at your hitters’ individual Ottoneu pages to see how they’re playing over their last 10 games. If a player is on a tear, think about working them into the lineup.

As for pitching, if I’m waffling over whether to start someone, the first thing I do is head over to pitcherlist.com. Everyday, Nick Pollack (who knows a whole hell of a lot more about pitching than I do) ranks every day’s starting pitching matchup. It’s a simple process, the higher they’re ranked, the more likely I am to start them.

One more option that I can recommend and use often is Razzball’s Streamonator tool. I pay for this tool every year and to me it’s worth what you pay (I believe it costs $25). It’s also very simple, each start is given a dollar value, the higher the value the more likely I am to start that player. You also get a number of other tools as well, including Hittertron, which works in a similar fashion but for hitters. And I use these tools nearly daily in my other non-Ottoneu fantasy leagues. It’s worth the price of admission, in my opinion.

Alright, there it is. Do the damn thing! More soon.