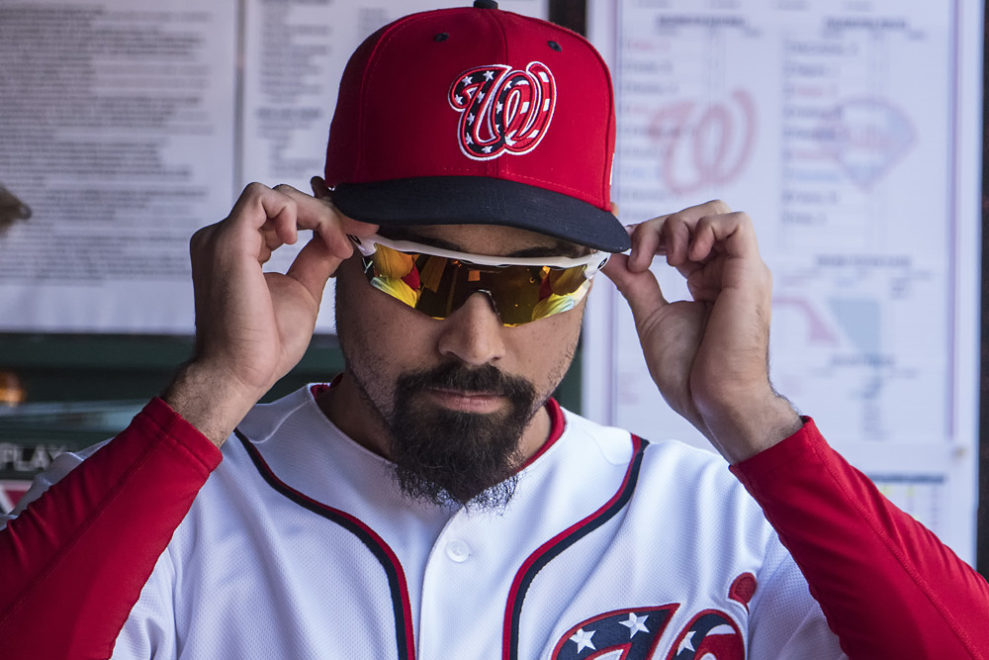 If you’ve been following this series, you picked your team the right way and [were properly prepared for your draft]. You’ve since drafted your team and have been shuffling players in and out of your lineup through the first week of games. But how do you know if your team is going to be competitive?

While my process for figuring this out takes a bit of number crunching, it’s quite simple. First, we’re going to use the Standings page in Ottoneu to figure out the statistics you need to accumulate to finish in the top half of your league. Then, we’ll use THE BAT projections to figure out if it’s reasonable to expect your team to hit those marks. I use spreadsheets, but you could easily do this using a pen and paper and your calculator of choice. Note the following is for roto leagues, if you are in a points league check out our points guide here.

1. Calculating the stats you need

Begin by creating a spreadsheet, here’s mine, feel free to copy it. As you can see, you’re going to find the average of the first place, third place and fifth place finishers in each stat over the last three seasons. Next, go to the Standings page of your Ottoneu league. Next to “Past Final Standings:” there are links to each prior year’s standings. Click on 2018. Scroll down to the Statistics table. Click the column header “R” (for runs). This sorts the column for you from worst to first. Enter the first place, third place and fifth place values into your spreadsheet. Repeat for each stat and each year. Finally, find the average for each stat. Once you’re done, it should look something like this. So, you have your thresholds for each category. Now let’s look at the projections for your team.

2. Does your team stack up?

Create another spreadsheet, again, here’s mine, feel free to copy it. You’re going to input your roster and their stats as projected by THE BAT. Note: I’ve included G for Games Played and IP for Innings Pitched, it will become apparent why a little later on. Also, THE BAT does not project saves, so you’ll have to use another projection system for those, I used ATC. To find these projections, go to Fangraphs, hover over Projections and click on THE BAT. Navigating the page is pretty self explanatory. Click on the position of the player you are looking for and find his name. Enter his projections into your spreadsheet. You want to put your best lineup in. Personally, I emphasize home runs for hitters, strikeouts for starters and saves for relievers.

Once you have what you consider your best lineup slotted in, add up your counting stats (R, HR, RBI, etc.) and average out your rate stats (AVG, ERA, WHIP). Then compare them to the first, third and fifth place averages. Hopefully you’ll have some near the fifth place averages. From here what I do is divide the games played maximums allowed in Ottoneu (1944) by the number of projected games played (in my example, 1699). I then multiply that number by the counting stats. I do the same for Innings Pitched. And now we can finally assess our team. Here’s my finished spreadsheet. I’m looking great in R, HR and RBI but things are looking pretty dire at SB and AVG. As for pitching W, K, SV and ERA are all looking solid and I probably want to keep my eye out for some WHIP help, though it’s not super pressing.

Now, I just want to take a moment to address a few things. First, you probably noticed I don’t actually divide a player’s projected hits by his projected at bats to calculate his batting average. Ditto for ERA and WHIP. I have done it in the past, but there’s just not a big enough difference in the numbers for me to justify the extra time it takes. We’re making a best guess here so being accurate down to the third decimal just isn’t necessary.

Also, you may be questioning why I multiply the games played maximums allowed in Ottoneu by the number of projected games played and then multiply that number by the counting stats since your bench likely won’t perform as well as your best lineup. The way I look at it, even your best lineup you’re not playing every day. I’m not going to play Joc Pederson and his career 60 wRC+ against left handed pitchers. Like you would in any other fantasy baseball formats, you’re going to play the players that give you the best chance of winning.

This whole process is a different beast for points leagues. I’m hoping to have my process written up for tomorrow. Until then, do the damn thing! More soon.